There is just something magical about the snow globe. The design is simple: atop a pedestal lies a glass orb, filled with water, containing flakes and possibly a figurine or other sort of decoration. Yet, the effect of tilting or shaking the sphere and watching the flakes tumble, spin, and flurry in slow motion is enchanting. This is especially true for children, who may not know the mundane truth of the globe and instead see another world.

The Disney Company, no stranger to childhood magic, creates snow globes of their own. Some of them are dazzling works of art in their own right. Here is a list highlighting ten of the best Disney snow globes you could own. 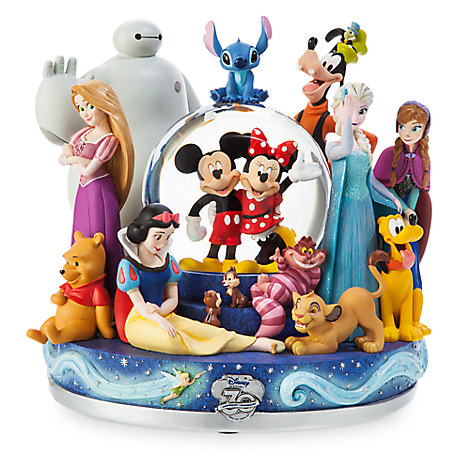 “Disney Store 30th Anniversary” is extremely rare among Disney snow globes because it was exclusive to one place — Disney World — and one time — 2017. The artists went all-out with the design, incorporating beloved characters from all eras of the studio. Even Donald has a spot, albeit all the way in the back. 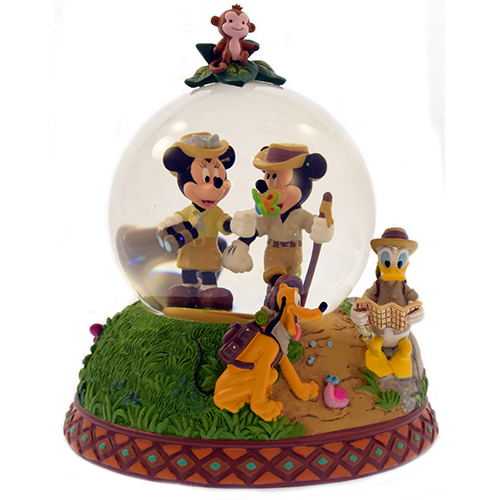 Anyone who cannot make it to Shanghai Disneyland Park can still get their own souvenir from Your WDW Store. “Mickey and Friends Adventure Isle” shows Mickey, Minnie, Donald, and Pluto exploring the park’s equivalent of Adventure Land. They seem to have made a few friends! 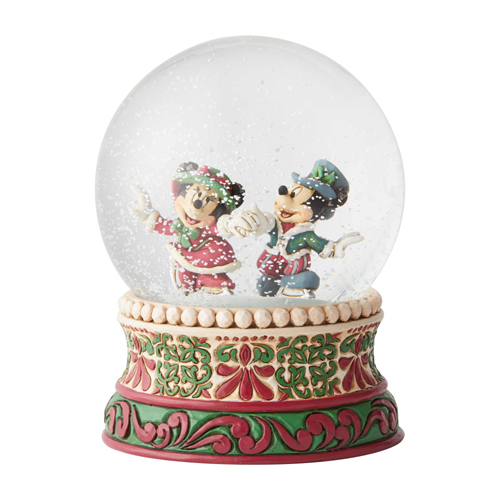 Some snow globes treat the snow concept rather literally, such as this product from the Disney Traditions line. Filled with more snow than usual, “Mickey and Minnie Skating” features the Mouse House’s namesake couple in turn-of-the-century garb. They are enjoying the winter weather and each other’s company. 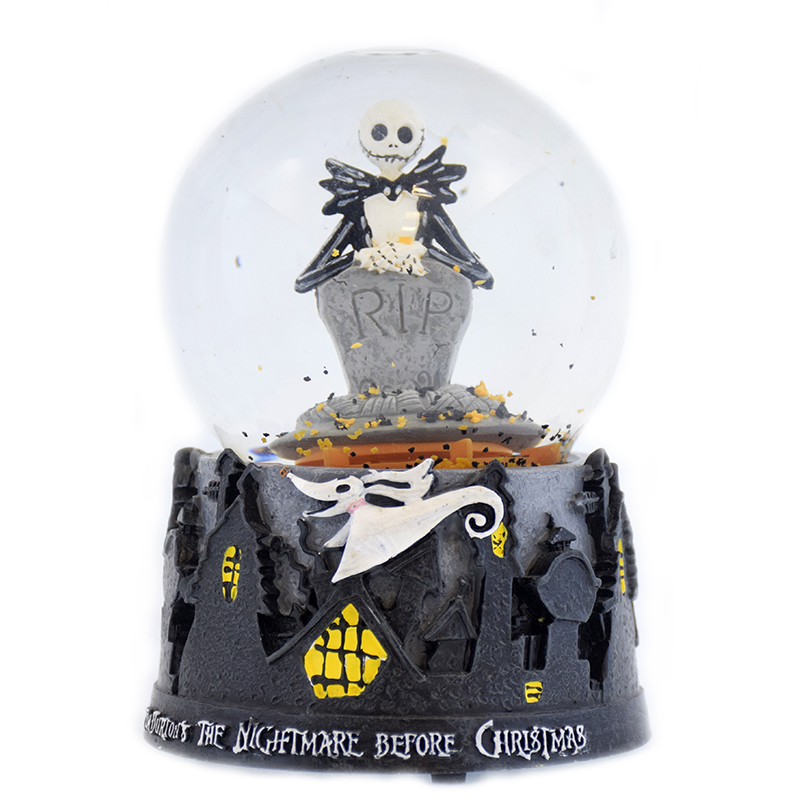 The creepy, Halloweentown-inspired design of this Nightmare Before Christmas ornament excellently plays into the story’s aesthetic of clashing holidays. Turn the knob on ”Jack Skellington RIP” and “Jack’s Lament” will play, while black and orange snow swirls around the Pumpkin King. 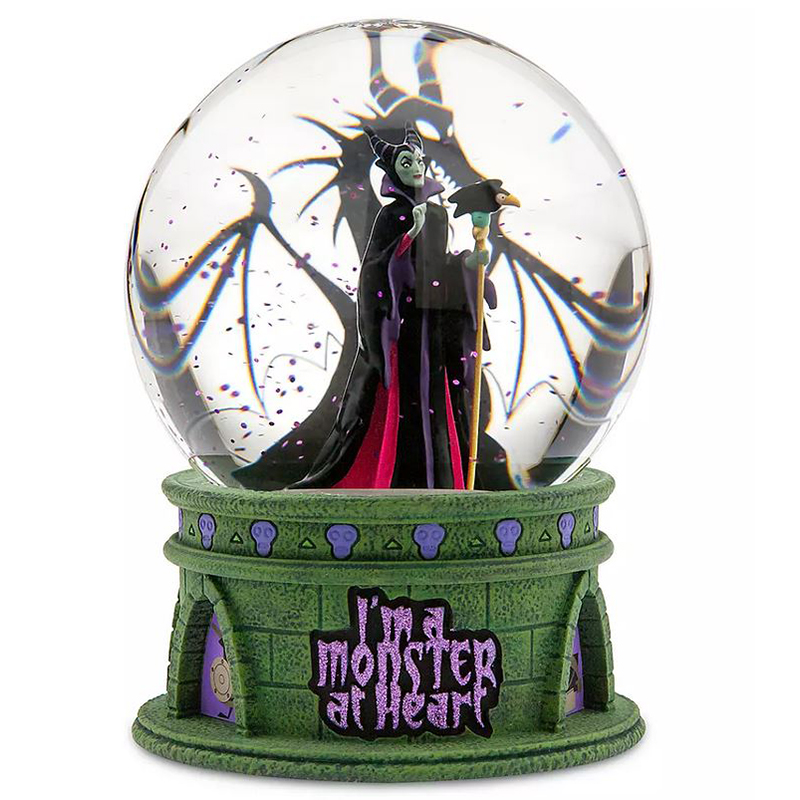 Villain fans rejoice! “I’m a Monster at Heart” is a special light-up globe, illuminating Maleficent from below with a purple glow. More amazing still is the etching of her dragon form, which appears small when viewed from behind but all-engulfing from the front. 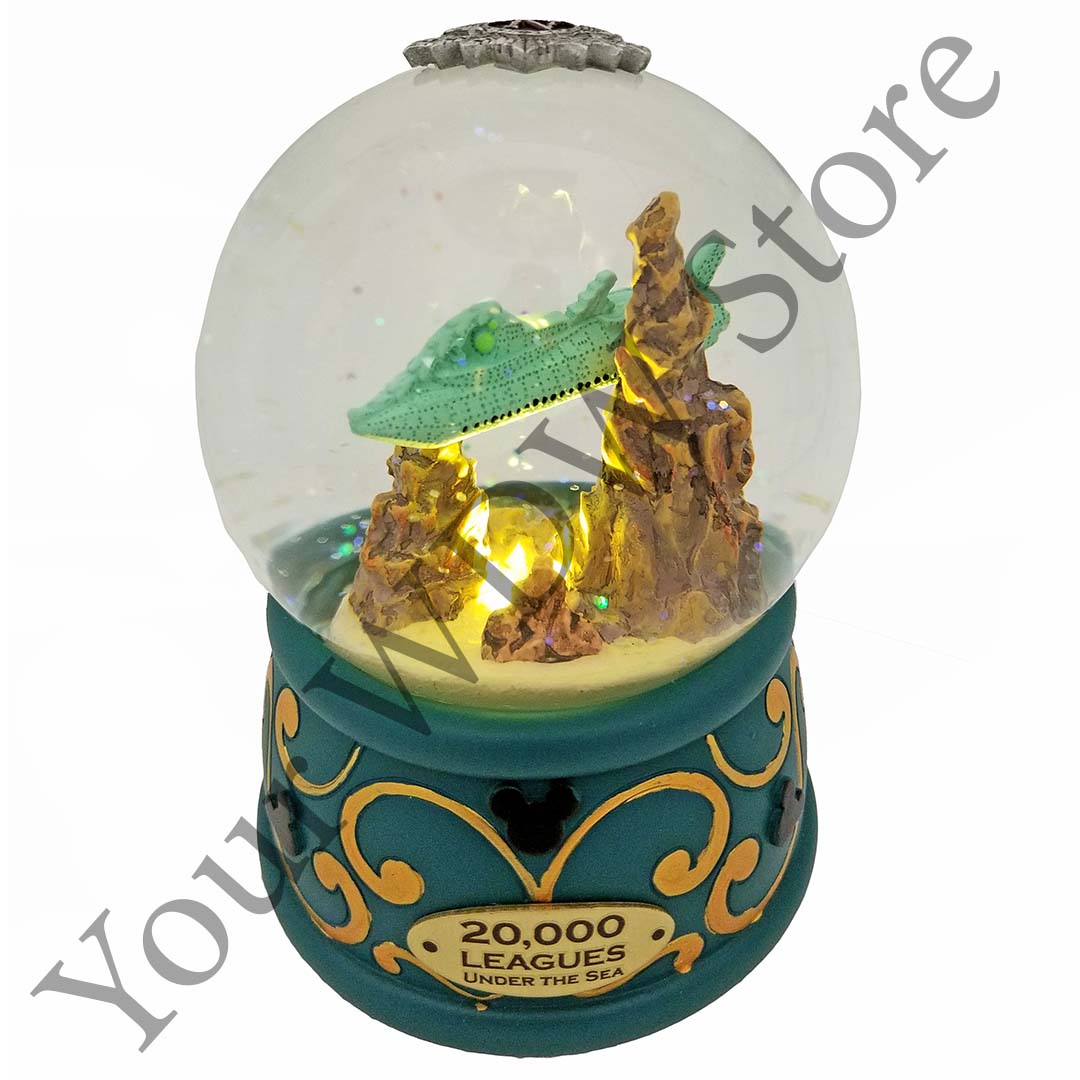 Can it snow underwater? Well, “20,000 Leagues Under the Sea Submarine” — based on the former Magic Kingdom ride, which was based on the 1954 film — does not actually have snow. Instead, holographic glitter flows around the Nautilus, while a golden glow lights up at the bottom of the sea. 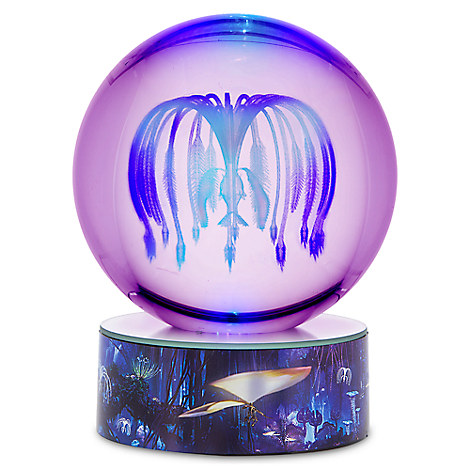 7. Pandora — The World of Avatar Woodsprite

The bioluminescent wildlife of James Cameron’s Avatar is a natural inspiration for a light-up snow globe. “Pandora — The World of Avatar Woodsprite” features the wood sprite, known as atokirina in the Na’vi language. Keeping this almost mystical seed of the Tree of Souls at home can be seen as a blessing from Eywa. 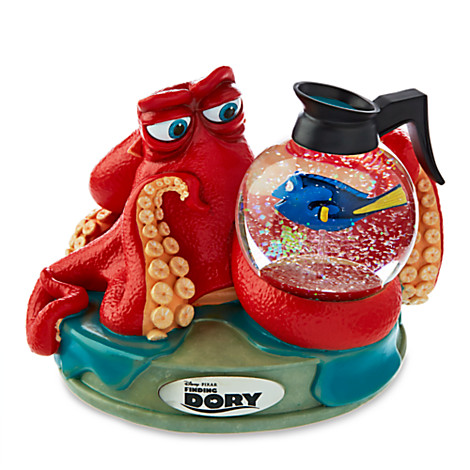 “Dory and Hank,” based on Finding Dory, is unusual among snow globes because its coffee pot-shaped orb is only a small part of the design. It is still interesting, of course, for featuring everyone’s favorite blue tang and an automated blower. The real appeal is the gorgeous, detailed sculpture of Hank the Octopus. 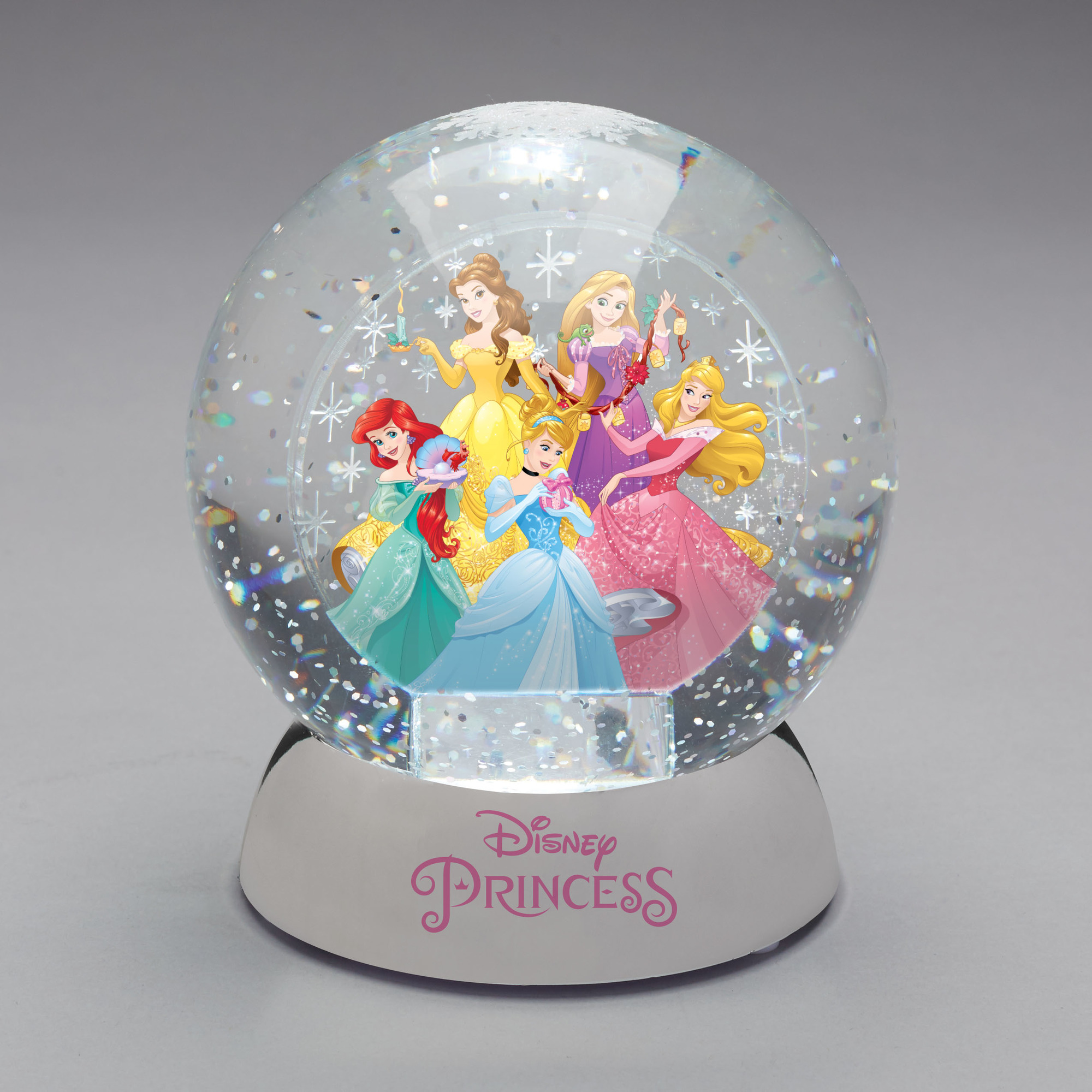 “Waterdazzler — Princesses’ Holiday” showcases Cinderella, Aurora, Ariel, Belle, and Rapunzel enjoying holiday gifts — but as artwork, not in sculpture form. That is a prominent feature of the “Waterdazzler” line of Disney snow globes, along with LED lights. This one also includes a timer, allowing the snow globe to blow for four consecutive hours. 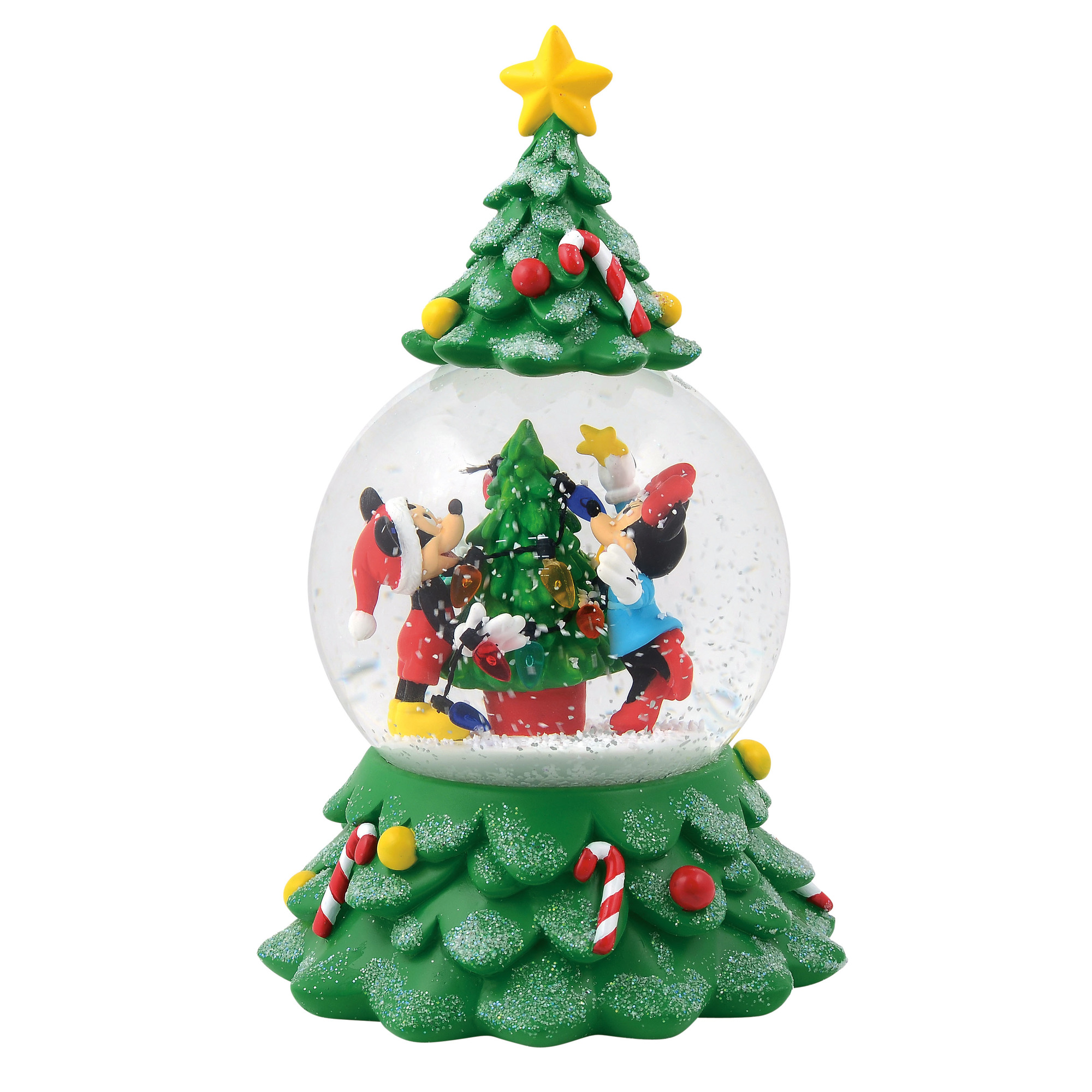 “Mickey and Minnie Tree” comes just in time for Christmas. The orb features Mickey, in a Santa hat, stringing lights around a pine while Minnie reaches to place a star on top. The whole scene is encased within an even larger Christmas tree. Perhaps the title should include an “s” at the end.

These are only several of the many enchanting, amusing, and downright artistic Disney snow globes out there. If you are interested in owning any of these or looking at more, Your WDW Store is your one-stop online shop. We have amassed a massive collection of snow globes, including some that are only exclusive to certain places and times. Our offerings even include items from the Universal parks and Seaworld. Check them out for yourself right here on our website.