Disney's Most Magical Soundtracks on Vinyl 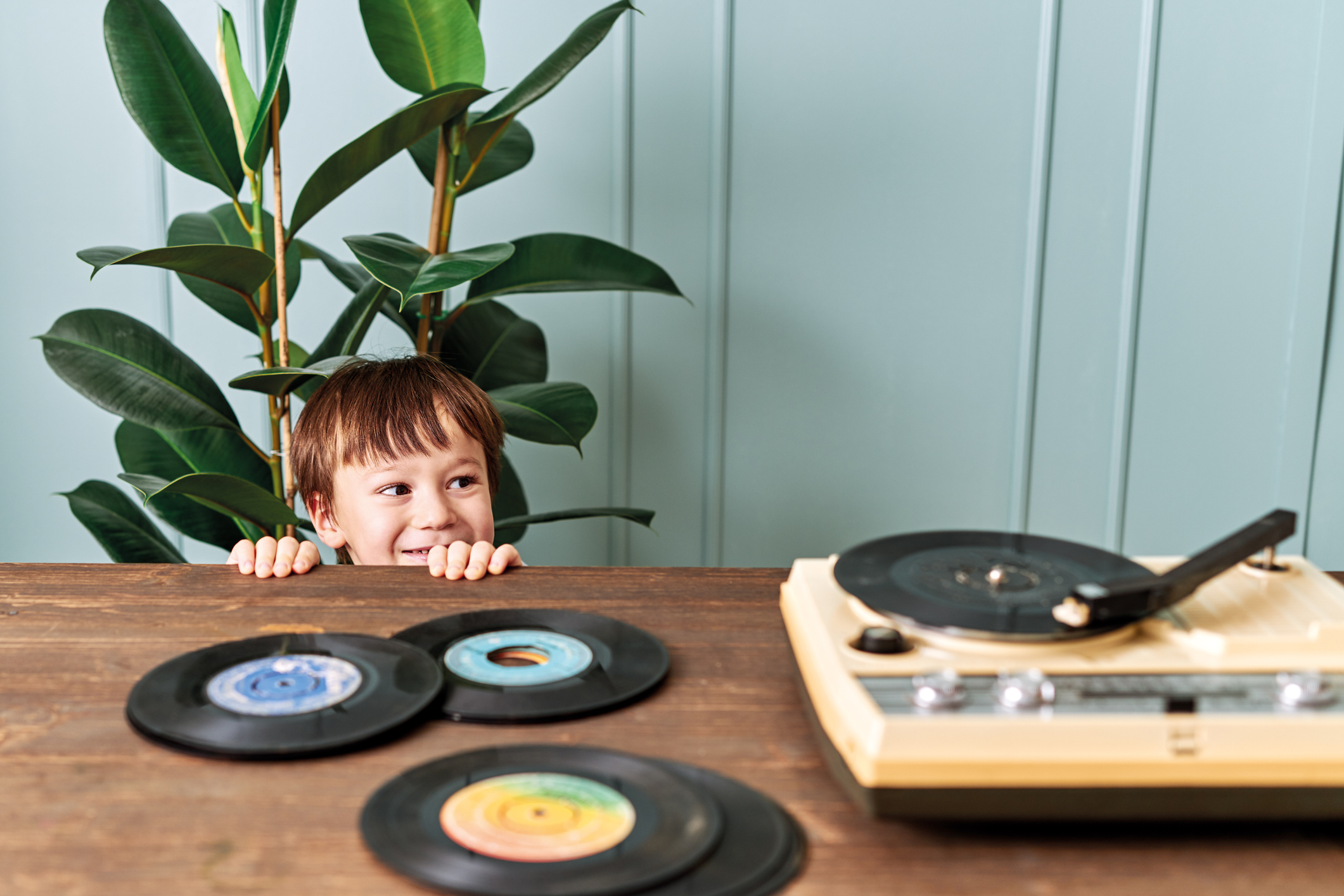 Once dismissed as outmoded in the age of CDs, the classic vinyl record has seen a significant resurgence as a format for experiencing music. Disney, whose long history of releasing their classic scores and songs in all kinds of media stretches back to the first records, have naturally jumped on this boom. If you want to hear your childhood favorites in a new (or perhaps old) way, check out these eight great Disney vinyl records.

How often do you find a vinyl containing music first recorded in 1937? True to its name, Songs from Snow White contains every musical number from the film. This includes perennial favorites, like “Someday My Prince Will Come” and “Heigh-Ho,” and songs you might not remember, like the overture and the concluding choral piece.

Songs from Guardians of the Galaxy Volume 2

The Deluxe Edition of Songs from Guardians of the Galaxy Vol. 2 is jam-packed with nearly 100 minutes of music. You can hear the exciting space opera score from composer Tyler Bates. Naturally, you can also hear the classic rock bangers that comprise Peter Quill’s Awesome Mix, including cuts from Electric Light Orchestra, George Harrison, Cheap Trick, and Sweet.

Songs from The Hunchback of Notre Dame

For a more operatic selection from Disney’s archive, you can scarcely do better than Songs from the Hunchback of Notre Dame. Each of the film’s divinely inspired musical numbers can be found here. Hook the player to the biggest speakers you own so you can hear the singing of the bells as if you were in Quasimodo’s tower yourself.

The Nightmare Before Christmas 2-Record Set

Boys and girls of every age can hear something strange any time they want with The Nightmare Before Christmas 2-Record Set. This special collection contains all of Danny Elfman’s ingenious songs and the entirety of the score. The vinyl format is especially suited for the delightful yet gothic aesthetic. With these records, you can celebrate Halloween any time of the year.

‘90s kids and Muppets fans may remember these quirky characters from the Creature Shop. Best of Jim Henson’s Fraggle Rock contains 18 timeless songs that capture the charm, humor, and inspirational qualities of the beloved series.

Songs from Alice in Wonderland

Alice in Wonderland contains more musical numbers than any Disney film, including both the company’s shortest and longest numbers. You can find many of them in Songs from Alice in Wonderland. Pop it on and admire the strangeness, creativity, and gorgeous 1950s orchestration from one of Disney’s best soundtracks.

When Disney brought Lucasfilm into its corporate fold, some of the greatest film scores fell into the company’s library. These works include the timeless sci-fi symphonies of John Williams, maestro for the Star Wars saga. The LP for Star Wars Episode III: Revenge of the Sith includes every second of the dramatic soundtrack in two discs, colored like the green and blue lightsabers of the Jedi.

Songs from The Lion King

Hail to the king! Many consider Hans Zimmer’s score for the 1994 masterpiece to be the greatest in Disney’s history. Decide for yourself with Songs from the Lion King, which features the composer’s epic work alongside Elton John and Tim Rice’s wonderful songs. The tracklist even includes both the film’s version of “Can You Feel the Love Tonight” and John’s rendition.

We at Your WDW Store love the music of Disney as much as the rest of you. That is why we offer Disney vinyl records and CDs, including rarities that are difficult to find in other stores. Own one today and discover the studio’s musical magic in the way that, some would argue, it was meant to be heard.