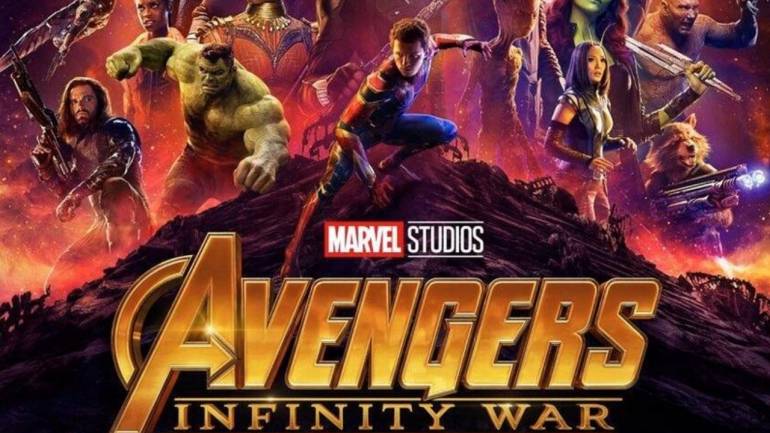 We are truly in the endgame now: the premiere of Avengers: Endgame is upon us, and fans from all around the world are breathless with anticipation. To provide a better understanding of the collective global excitement for the film, first-day pre-sale ticket purchases from Fandango and Atom destroyed previous records, and the AMC Theatres website and app crashed from the sheer demand. Its two official trailers received more views in their first 24 hours of release than any other video in the same period. The data belies the hype.

However, Avengers: Endgame is more than the culmination of an unprecedented 22-film saga. It’s the direct follow-up, one could even say the second half, to 2018’s Avengers: Infinity War. This cinematic event shattered the expectations of fans and box office records, becoming the fourth-highest grossing film of all time (without adjusting for inflation). Before you go see how it all ends, you might find it valuable to go back and see how it even began. (Spoilers ahead!)

The Cast We’ve Been Waiting For

The original Avengers was jaw-dropping in 2012: after five movies, six different superheroes came together in a crossover event that is still thrilling to behold. Between then and its follow-up, Age of Ultron, the only new heroes to get their own film were the Guardians of the Galaxy, who were still relegated to a far-flung corner of the galaxy. Phase 3 of the Marvel Cinematic Universe brought us far more characters, and almost all of them converge in a breathtakingly large cast for Infinity War.

More than a dozen different superheroes come together in this movie. The filmmakers’ greatest feat is giving everyone what feels like the appropriate amount of time onscreen. We cut seamlessly between storylines, from locations as far apart as Wakanda and Saturn’s moon Titan. But perhaps more surprising still is that some characters have their best moments in the entire series. Zoe Saldana is brilliant as Gamora monologues about Thanos’s seeming failure to acquire the Soul Stone. Mantis receives her own dramatic moment as she absorbs the Titan’s agony over his terrible choices. Vision and Scarlet Witch finally realize the romantic subplot from their comics, and the result is surprisingly moving.

The Villain We Needed

However, on watching the movie, we realize that there is, indeed, a main character: Thanos. Since his cameo in the mid-credits scene of the first Avengers, “The Mad Titan” has slowly but surely progressed towards his goal of obtaining all six Infinity Stones. Here, he finally gets his time in the spotlight, and actor Josh Brolin (using motion capture and voice acting) solidly anchors the story by giving his villain not just an intimidating and weighty presence but some real emotion beneath his tough alien exterior.

Interestingly, Infinity War portrays the villain’s journey as a warped Campbellian hero’s journey. Not unlike the heroes in other movies, Thanos uses his tragic backstory, the death of his homeworld, as fuel for a quest he believes to be righteous. He overcomes one challenge after another, and he ultimately triumphs in bringing balance to the universe. The main problem is that his method for achieving this requires annihilating half of all life in the universe. Regardless, we can be confident that Infinity War’s villain is also its lead based on the mocking, chilling card at the end of the credits: “Thanos Will Return.”

Dust in the Wind

This is the first time in the Marvel Cinematic Universe where the villain beats the heroes. Thanos successfully acquires all six Infinity Stones, and with a snap of his fingers, half of every planet’s population is reduced to ash and disappears. This even affects our heroes: many of them, including popular characters like Spider-Man, Black Panther, and most of the Guardians, vanish before our eyes. I believe that most (if not all) of us went into this movie understanding that this tragedy will be at least mostly reversed by the conclusion of Endgame. However, for kids who grew up with these icons and are less aware or cynical about franchise filmmaking, this is basically their generation’s Empire Strikes Back — but if instead of only Han Solo being encased in carbonite, it was half the Rebel Alliance.

Even for those who know better, watching this unfold can still be a heart-wrenching experience. The filmmakers force us to witness the world’s would-be saviors realize the magnitude of their failure, and they let the tragedy play out for all its worth. It is one thing to know that most of the fallen will return. It is another thing entirely to see Captain America lose his best friend Bucky Barnes yet again, and the universally beloved Groot turn to ash in Rocket Raccoon’s paws, and King T’Challa disintegrate not three months after his own solo feature became a genuine cultural phenomenon. Most moving of all is the death of Peter Parker, a child who volunteered himself for this war. He is the only one who can feel it before it happens, and he spends his last few minutes describing his pain to Tony Stark.

Avengers: Infinity War raised the stakes for the MCU far higher than ever before, and they paid off enormously. The film received praise from fans and critics alike, and many agree that it served as a brilliant pay-off to the ten years of build-up. It will be a tough act to follow, but the world is clearly excited to see how the story ends in Avengers: Endgame. Anthony and Joe Russo returned as directors, screenwriters Christopher Markus and Stephen McFeely concluded their own story, industry legend Alan Silvestri came back to provide the score, and the cast (including some heroes who were left out in the previous one) will appear once more. The fallen will be avenged.

If you wish to honor your favorite superheroes, you can find plenty of Avengers gifts at Your WDW Store. We carry all kinds of products related to the MCU, from rare pins to themed clothing to unique toys based on these costumed crusaders. Avengers: Endgame will be a once-in-a-lifetime theatrical event. If you are truly invested, find something that you can bring with you to show off your devotion.