When you think about the Avengers (or at least the versions of them in the Marvel Cinematic Universe), who comes to mind? Iron Man, almost certainly — his movie came first, and Robert Downey Jr. brought his captivating and entertaining character to 10 out of 23 MCU films. Captain America is another significant figure, thanks in no small part to Chris Evans’s masterful portrayal. Nick Fury introduced the team-up concept in the famed post-credits scene of the first Iron Man and he remains omnipresent.

And yet, one particular member stands out to those who know to watch for her — and not just because of her gender. Without a solo film to her name (so far), Black Widow holds her own in a crowded universe.

Over eight movies, almost all of them as a major character, Natasha Romanoff shows remarkable growth as a character. She is introduced in Iron Man 2, where she keeps an eye on Tony Stark under the guise of new personal secretary Natalie Rushman. We only get a taste of her hyper-competence when she single-handedly takes down multiple tough guys without breaking her stride down a hallway. The Avengers gives her much more screen time, allowing actor Scarlet Johansson to reveal her humanity and intelligence. Despite her lack of fantastical abilities, she emerges as one of the most powerful members of the team. Natasha successfully tricks a trickster god, and rather than being a damsel in distress, she ultimately rescues her male colleague.

Other than her excellent turn in that epic crossover, Black Widow perhaps shines brightest as a character in Captain America: The Winter Soldier. As the co-star to the captain, we get a greater insight to the way she views the world. Her lifelong experience as an agent and assassin inform her belief that survival is easier when hiding under façades. Revealing too much about oneself is dangerous in her line of work. Best of all, her flexible morality is a fabulous foil for Steve Rogers’s straight-arrow alignment. They challenge each other, and she experiences substantial as she deals with the ramifications of the movie’s events.

Savior of the Universe

From there, Natasha developed a fleeting romance with Bruce Banner in Avengers: Age of Ultron. She also plays a part in Captain America: Civil War and ultimately tips the scale in the airport battle. After getting to kick some butt in Avengers: Infinity War, she effectively takes over the team in Avengers: Endgame. This climactic feature sees her take charge of rebuilding the world in the wake of Thanos’s act of destruction. Knowing her violent past, it is remarkable that she channeled her energy into saving lives on a global scale. Hawkeye cracked and went rogue, Thor became a depressed drunk, and Tony Stark retreated into solitude with his family. Natasha stuck around.

When hope emerges in the form of a “time heist,” Natasha volunteers to retrieve the Soul Stone with best friend Clint Barton. They discover that to obtain it, one of them must die. Natasha does not even hesitate, and after fighting with Barton, she succeeds in making the leap from the cliff. Very few heroes actually perish in Infinity War and Endgame, but her sacrifice proved instrumental to saving the universe. Some fans believe that Hawkeye should have died, or that she should have gotten her own big funeral. This just goes to show how strongly audiences came to view the character.

Star of Her Own Film 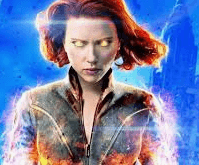 Another testament to how much people adore Black Widow is that the MCU is not through with her yet. One year after her death, Scarlet Johannson will return as Romanoff in, at long last, her very own feature film. Fans have been begging Marvel Studios to give the character her own starring role for years, and they finally listened. Black Widow will come out in 2020 as the first film of Phase Four. Details remain scarce, but it will take place shortly after the Civil War and bring her back to Russia. Information on her past will emerge as she encounters remnants of the life she thought she had left behind.

Romanoff’s growth over all these movies (plus the one coming soon) demonstrates the potential of the MCU for character-building. Despite not even being the sole focus in any of her appearances, she received her own character arcs and developed a sizable fanbase. Even with her lack of superpowers, she earned her spot among the Avengers.

True believers of the MCU can find Black Widow merchandise at Your WDW Store. We have toys, phone cases, Magicband bracelets, and more in our online superstore. Check us out today!