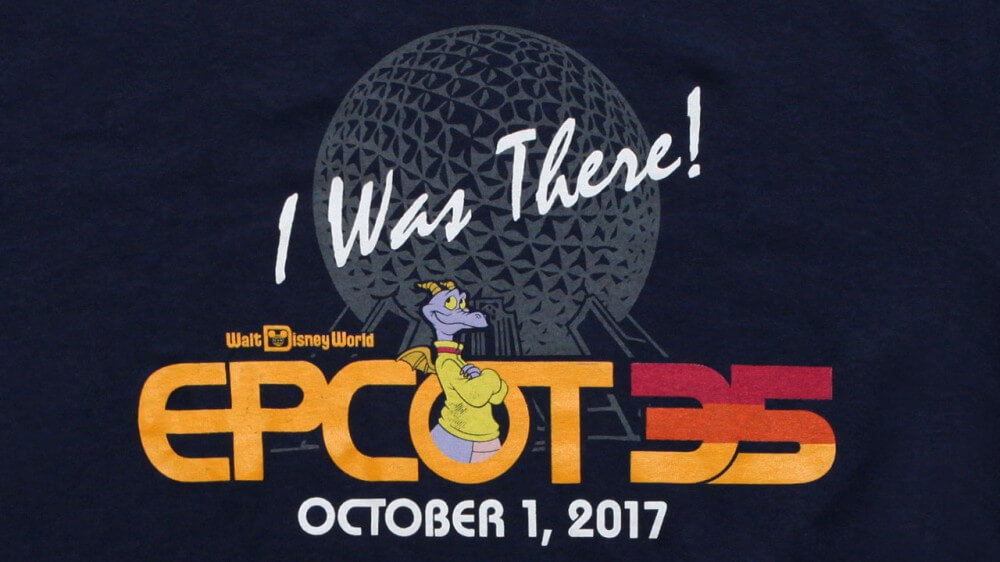 Sunday, October 1st is a very special day: the 35th anniversary of Epcot! And surprise: Disney is releasing a whole new collection of mementos to celebrate the occasion.

If you love Epcot as much as we do, you'll want to snap up your favorite Epcot 35th Anniversary souvenirs right away. Keep an eye on our Epcot 35th Anniversary catalog page to see the exclusive items we'll have available! Look forward to retro-inspired apparel from the beginnings of Epcot, when the dream had just begun and a new era of Disney took off.

Epcot opened on October 1st, 1982 and since then it's become a favorite destination for visitors from all over the world. In fact, worldwide appeal is a major part of Epcot, as the park focuses on international culture, technology, and other achievements of people across the globe throughout history.

Epcot attractions include Future World, showcasing science and technology and featuring Spaceship Earth, the geodesic sphere that has become iconic of this special park. Another attraction is the World Showcase, where 11 countries are represented through landscaping, architecture, restaurants, shops, and more. The countries included are the United States, Mexico, Canada, the United Kingdom, France, Germany, Norway, Italy, China, Japan, and Morocco. Every night at closing time, visitors are treated to an award-winning fireworks show called IllumiNations: Reflections of Earth.

If you've never been to Epcot, you're missing out: the memories will last you a lifetime. It's a different experience from the Magic Kingdom, but it has its own different type of magic. And what better time to visit than on the 35th Anniversary?

Remember to check out our Epcot 35th Anniversary merchandise because we'll be adding unique, exclusive souvenirs as soon as possible!