Released on August 1st, 2014 as part of the larger overarching Marvel Cinematic Universe, Guardians of the Galaxy was most of the world’s first introduction to the unconventional superhero team of the same name (unless you read the comics, of course). Directed by James Gunn, the film was notable in that it took a different approach to Marvel heroes than we’ve seen before; scenes were punctuated by a memorable soundtrack straight from the 1980s, and the characters and story we were seeing were much less clean-cut and much more rough around the edges.

A Ragtag Team of Unlikely Heroes

The team we’re introduced to in Guardians of the Galaxy is much different from the original comic lineup in 1969, closer resembling the newer version of the team released in 2008. The cinematic team is made up of five main heroes in the first film:

Star-Lord: Played by Chris Pratt, Star-Lord is the de facto leader of the group. We’re introduced to Star-Lord (whose real name is Peter Quill) in the film as a sassy and somewhat bumbling space cowboy type of character. As a child, Quill was taken from Earth by Yondu, who is a part of the space pirate group “The Ravagers.”

Gamora: Played by Zoe Saldana, Gamora is a trained warrior-assassin who was adopted and raised from childhood by the villainous and tyrannical titan Thanos. As she realizes his cruelty and true intentions to wield the powerful Infinity Stones, she turns against him and tries to save the universe from his wrath.

Groot: Played by Vin Diesel, Groot is a tree-like alien creature who’s a long-time partner of Rocket’s. Friendly and only able to say the phrase “I am Groot,” this character is probably the most wholesome of the bunch.

Drax: Played by Dave Bautista, Drax is a warrior and former intergalactic criminal who is hell-bent on getting revenge for the death of his family, caused by this movie’s villain (and pawn of Thanos) Ronan the Accuser.

From Outlaws to Guardians

So, exactly how did this group of criminals form a team of heroes meant to protect the entire galaxy? Well, here’s a quick recap of how this film’s foray into space went down.

After Star-Lord steals an orb and tries to sell it, Gamora shows up and proceeds to try and steal it from him because she knows it’s true power: inside of the orb is the power stone, one of the six Infinity Stones. Groot and Rocket get entangled because they want Star-Lord for his bounty, and all four end up in prison where they meet Drax. Like all great teams, each member starts off hating each other, but eventually, they work together out of necessity to escape the prison.

Originally set on selling the orb, the team soon learn from Gamora that the Infinity Stone inside of it is extremely dangerous and has the power to destroy planets. This is where the movie’s villain comes in: Ronan the Accuser. Ronan has been sent by Thanos to retrieve the stone within the orb, which will give him immense power that he intends to use to purge the universe.

The team eventually gets together and decides on trying to save the universe from Ronan and Nebula, Gamora’s adoptive sister and Thanos loyalist, who are both bent on destroying them and retrieving the stone. They’re able to finally go toe-to-toe with Ronan, but only after Groot sacrifices himself to save the rest of the team. In order to defeat him, the crew works together to wield the power stone. The end of the film leaves off with the guardians finally becoming a team of heroes (albeit they still have some criminal tendencies) and going off into space to try and do more good.

What’s Next for the Team?

Guardians of the Galaxy Merchandise

Your WDW Store is home to thousands of gifts related to Disney’s films and parks, including Guardians of the Galaxy and the rest of the Marvel Cinematic Universe. You can find products related to your favorite space-faring characters, like Groot and Rocket Raccoon, all right here. 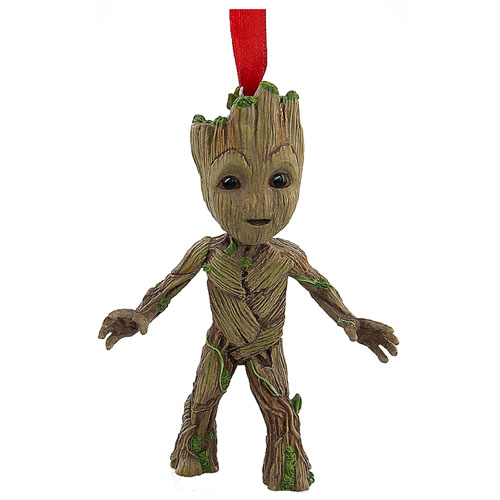