The Marvel Cinematic Universe, as we know it, is coming to an end. Avengers: Endgame provides a definitive conclusion to the 22-film “Infinity Saga,” and the upcoming Spider-Man: Far From Home will conclude Phase Three of the franchise.

Along the way, it became the highest-grossing film franchise of all time, changed the face of blockbuster cinema, and produced more than a few great movies and even some genuine cultural sensations. Even people who are not fans cannot escape the influence and reach of Marvel’s moneymaking masterwork.

With one lengthy chapter of the MCU concluding and a new one just about to begin, we figured now would be the perfect time to honor the series by touching on one highlight from each phase. These choices are based on more than just quality: they are also about how it impacted the MCU and changed audience perceptions on the MCU. With this first installment, it only makes sense to do a deep dive on the first film: 2008’s Iron Man.

We take the MCU for granted now, but in 2008, it was unimaginable. The closest thing we had to an interconnected multi-series film universe was Toho’s Godzilla Vs. films, or perhaps the Universal Monsters crossovers of the 1930s and 1940s. Marvel itself seemed completely unable to do it, having sold off their hottest properties to other studios in an attempt to prevent bankruptcy. When they decided to form their own film studio, they could not make anything with Spider-Man, the X-Men, or the Fantastic Four. If they wanted to take off, they had to work with less popular characters, like Iron Man.

The premise alone sounds shaky, and the specifics were stranger still. The director they chose, Jon Favreau, had previously directed the popular Christmas comedy Elf and the underperforming children’s movie Zathura. For the starring role of Tony Stark, Favreau wanted Robert Downey, Jr. Despite the actor’s previous Oscar nomination for Best Actor, Marvel executives found the choice alarming because of Downey Jr.’s troubled past with drugs, prison time, and rehab. Favreau stuck by the actor because Tony Stark’s own story and personality were not so different.

Kevin Feige, Marvel Studios President and architect of the MCU, fought for all of it. In a recent Reddit AMA, he cited Downey Jr.’s casting as the “hardest sell” he had to make for the franchise. He also called Favreau “one of the best storytellers on the planet” (for good measure, Feige dubbed Elf “a stone cold classic”). As for the decision to go with Iron Man, he confirmed that he and the other executives viewed Tony Stark as “great and unique for our first film because he was so different” from previous film heroes. To further bolster the film, they hired other Oscar-nominated actors Terrence Howard and Jeff Bridges, plus Oscar winner Gwyneth Paltrow. Even then, the question remained: would audiences bite?

As we all know now, audiences did indeed bite. Exceeding all expectations, the film earned more than half a billion at the box office — an incredible sum for a time in movie history when the only billion-dollar winner was Titanic. It won over many critics and even more casual moviegoers, who later proved largely willing to pay for three MCU movies a year. Of course, the post-credits scene — the first mainstream example — laid the groundwork for a future that was somehow even more glorious. Marvel Studios needed a slam dunk, and Iron Man was its Michael Jordan.

We sometimes forget what a sensation the film was at the time. The opening shots of an Afghanistan convoy, with “Back in Black” blasting in the background, immediately and perfectly established the sheer coolness of Tony Stark and the new studio’s output. Even cooler was the scene at the opposite end of the movie: Tony Stark’s famous public confession, “I am Iron Man.” Those four words demolished a long-standing precedent of superhero movies, whose conflicts largely involved the need for Batman or Spider-Man or whoever the lead was to keep their identity secret. The journalists that jump at the reveal were mirrored by audiences in 2008. I know that because I was there, 13 years old and freaking out. 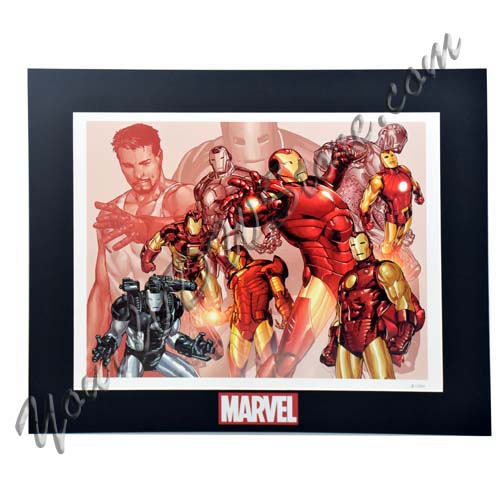 While the reaction in 2008 was dramatic, it continues to be a favorite among diehards and casual fans alike more than a decade later. This is partly because it stands alone more than most MCU movies: it was the first, after all, and anyone can understand and enjoy it without seeing a single other Marvel film. Anyone who does continue will find Iron Man’s DNA in most of the MCU, from the quippy dialogue to the themes of political distrust and bad men becoming heroes. The seeds of Stark’s character arc are also present: in fleeting mentions of PTSD from his imprisonment, and in the way his inventions and impulsive decisions often create and empower his enemies.

It may also be because of how it stands out from its follow-ups. The story is surprisingly grounded and gritty: other MCU movies feature people getting hurt or killed, but few have an opening as jarring as a ripped-from-real-life terror attack on American soldiers. The fights are legitimately violent and bloody, and Favreau’s naturalistic camerawork complement them well. In this sense, the film is more similar to Batman Begins, which Favreau cited as an influence, than to the “house style” that dominated the next few years of the MCU. All of it is impressive, especially because the film still finds a balance with lighter, more fantastical moments like the testing of the Iron Man suits.

But of course, the real ace of the film — and of the MCU as a whole, as many have noted after Endgame — is the man in the suit. Audiences immediately adored Robert Downey Jr. and his performance as Tony Stark. His crackling wit, which essentially defined the MCU’s sense of humor shines in the largely improvised script. So does his chemistry with the rest of the talented cast, especially Gwyneth Paltrow, with whom he shares the franchise’s most believable romance. His Oscar-nominated skills also come out in moments that require gravitas: his time in captivity, the sacrifice of his savior Yinsen, his discovery of his partner Obadiah Stane’s double-dealing. Any doubts about the actor’s status immediately faded.

The story of Iron Man may have reached its conclusion in Avengers: Endgame, but its first chapter remains a favorite for more than a few reasons. In their effort to create the best movie they could with the character, Marvel Studios forged a universe that seems to soar to new heights each year. All along the way, Tony Stark and his actor have left and continue to leave their mark, whether through direct impacts on the story or through the signature blend of humor, drama, and strong characterization. If you have not seen it in a while, give it a rewatch. You may be surprised by how much has changed in the MCU since, and by how much has remained the same.

Iron fans can find some great gifts based on the series and its spin-offs at Your WDW Store. We have Iron Man merchandise from all three movies, as well as his other major appearances in the Avengers films, Captain America: Civil War, and Spider-Man: Homecoming. Any product is better with a little character, especially one as iconic as Tony Stark.