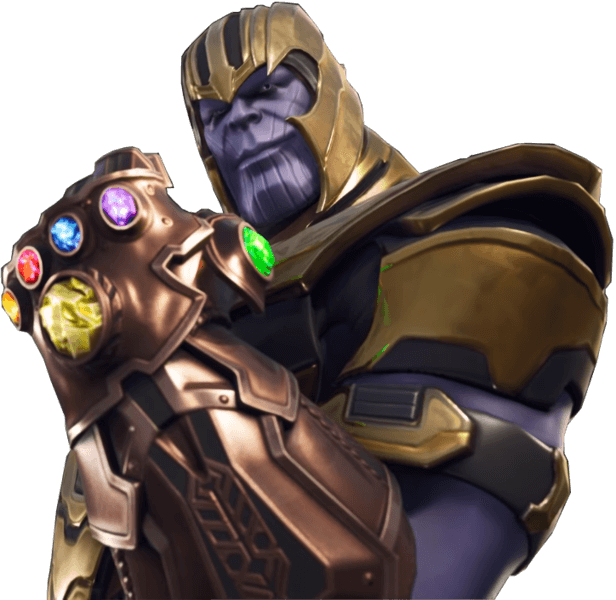 A popular saying goes that a story is only as good as its villain, and this is especially true in the superhero genre. These protagonists are more powerful than those of other genres, so they need conflicts capable of truly challenging them. The supervillain — often just as colorful in both garb and personality, often with superpowers, almost always with less-than-altruistic motivations — is an ideal match. The best of them can be just as iconic as, or arguably more iconic than, their heroic counterparts.

We wish to celebrate the best villains of the Marvel Cinematic Universe (MCU). There is no better candidate for the inaugural article of this mini-series than the final, strongest opponent of the Avengers: the Mad Titan himself, Thanos.

If you want anything done right, do it yourself...

Thanos only gradually makes himself known throughout the MCU. He does not really even show up in Phase One, which focuses more on establishing the heroes. His first appearance is in the mid-credits stinger of The Avengers, which reveals him to be the real power behind that movie’s villain.

His first actual scene came two years later in Guardians of the Galaxy, which establishes his status as a major player in the universe. Besides being the power behind that movie’s villain, he is also revealed to be the one who raised future key players Gamora and Nebula. The depths of his abuse of his daughters are only hinted here.

The Titan gets one more post-credits scene in Avengers: Age of Ultron, despite having nothing to do with that film’s plot. He dons the Infinity Gauntlet, his tool for wielding the all-powerful Infinity Stones, and announces his intentions: “Fine. I’ll do it myself.” No more lackeys, no more sitting and waiting, no more cameos. Thanos did not quite arrive just yet, but — dread it, run from it — he would, very soon.

Fans familiar with the comics could see where this was headed, especially as the Infinity Stones themselves took precedence in more films. The MCU’s architects were setting the stage for their version of The Infinity Gauntlet, a classic limited comics series starring Thanos as the villain. From his introduction in The Avengers, he was inevitable. The question was no longer if he would chase down the Infinity Stones, but when … and how good it would be.


The answers, respectively, were “2018” and “phenomenal.” That last descriptor is not used lightly: Thanos quickly became an icon (and a fountain of memes) after his starring turn in Avengers: Infinity War. He finally stepped out of the shadows, dropped some of the year’s most memorable movie quotes, and defeated all who opposed him. The Snap — the realization of his goal to wipe out half of all life in the universe — sent shockwaves among fans and casual viewers alike.

As we described in our exploration of that film, Thanos is the villainous protagonist of Infinity War. What we did not go into was the insights into the character’s motivations for his quest. He tells the heroes that he watched his homeworld, the Saturnian moon of Titan, die when overpopulation caused irreversible resource depletion. He believes that he can save the universe from the same fate, and he will do everything necessary — like a superhero. This resonated with many viewers, who felt sympathy for him.

Unlike other superheroes with tragic backstories, he is not interested in sacrificing his life if needed. Instead, he sacrifices the lives of others — slashing the population in half. He kills many potential foes along the way, then proves his willingness to do anything by killing his favored daughter Gamora. As a final villain designed for everyone to root against, he is a surprisingly balanced character. Even on a philosophical level, he is an excellent counterpart to Marvel’s heroes, revealing what truly separates them from their villains.

Naturally, the reign of Thanos does not last long. He is absent for most of Avengers: Endgame — in a gasp-inducing twist, the remaining Avengers hunt and behead him near the beginning. His past self, from 2014, eventually travels through time to 2023 and proves a formidable threat against the remaining heroes. He ultimately fails, with Tony Stark sacrificing himself in a way that Thanos never could and killing him with a snap and the Stones.

And yet, the character and his portrayal by Josh Brolin left a major impression. After ten years of build-up, he was perfect as the final foe of what would be dubbed the Infinity Saga. His defeat required the combined powers of dozens of heroes and warriors, and more than a few deaths. As any good villain should, he ultimately proved the overarching theme of the MCU: people can genuinely get over their moral and personal hang-ups to work together for the greater good. Best of all, Thanos proved this while remaining a memorable, quotable, understandable, and ultimately diabolical antagonist. In this role, he was worthy.

For anyone who loves the Marvel heroes as much as Thanos loathed them, Your WDW Store can be your new favorite store. Our inventory includes hundreds of pieces of Marvel merchandise, which includes products themed to the MCU and items from Islands of Adventure. This selection will put a smile on your face. Visit our blog for more backstories about the MCU heroes and villains!