This makes the case of the Hulk quite unusual: he had one standalone movie in 2008 and never had another. Many fans of the character find this a pity: that first Hulk movie, only the second in the entire MCU, is quite interesting for what it is, and looking back on it as a bizarre and rather rewarding experience for any MCU enthusiast.

A Whole New Level of Weird!

The Incredible Hulk came out only six weeks after Iron Man, and it could hardly be more different. The latter was a fresh combination of grit and humor buoyed by Robert Downey Jr.’s sheer charisma. The former, contrary to what you might expect from a movie about a rage monster known for smashing, is much more ponderous and brooding. While both films clearly owe a debt to the moody yet action-packed Batman Begins, Hulk is more firmly part of the ‘00s wave of superhero movies while Iron Man was too busy starting a new one.

The movie is even stylistically bizarre. To understand this, look no further than the opening sequence, which presents Dr. Bruce Banner’s first transformation in a twitchy montage (necessary because this origin story was already detailed in the first Hulk movie from five years earlier). Those few cut-up minutes are unlike anything we would ever see in the rest of the MCU. Note that this stylization is not necessarily bad: director Louis Leterrier, previously known for helming the first two Transporter films, crafted some impressive action sequences and gave us some beautiful shots.

The Hulk is unusual among his fellow Avengers for his reluctance to use his powers. The difference is agency: Tony Stark relishes his suits because he can control them, and Black Panther can even take his enhancements away with a mystical brew. At this point, Bruce Banner is terrified of himself. He claims to Betty Ross that he can only recall flashes of his Hulk periods, he is not inside the Hulk, and he wants to “get rid of it” rather than control it.

Standing in firm contrast to this idea is the film’s antagonist, Maj. Emil Blonsky. This military man’s world is turned upside down when he sees a skinny scientist change into an unstoppable behemoth. Where others see a monster that must be destroyed, Blonsky sees a chance to halt his own aging and be much, much stronger than ever before. When he becomes Abomination, he causes destruction and chaos just like Hulk. The difference is that he is firmly in control of his actions and relishes his terrible power.

We will eventually learn that Betty was right to protest Banner’s claims: in the climactic battle, Hulk’s drive to protect Betty triumphs over Abomination’s lust for power. By the end of this movie, Banner is in seclusion and willingly inducing his transformation. His future appearances all lean toward accepting and learning to control the Hulk, and he firmly merges both sides of himself in Avengers: Endgame. It takes Banner 15 years to accomplish what Blonsky could do immediately, but it is worth it because Banner did it all for the purpose of protecting others — both from his foes and from himself.

In the end, Iron Man overshadowed this movie as a box office smash and cultural phenomenon, and the rest of the MCU took its cues from that film. They even recast Bruce Banner from Edward Norton to Mark Ruffalo (Leterrier’s first choice), leaving this standalone as even more of an anomaly. Without Tony Stark’s post-credits cameo and the mention of a Super-Soldier program (pardon, “bio-force enhancement project”), it would be hard to believe this is an MCU film.

However, all of this only makes The Incredible Hulk more fascinating to watch than when it premiered. Its darker story, more intense characters, and hard-hitting action give it a unique feel and appeal from the rest of the franchise. Plus, the seeds of Banner’s long and rewarding character arc are first planted here. Anyone following the growth of Banner and Hulk’s connection through the Avengers films, Thor: Ragnarok, and the Infinity War duology cannot miss the one that started it all. 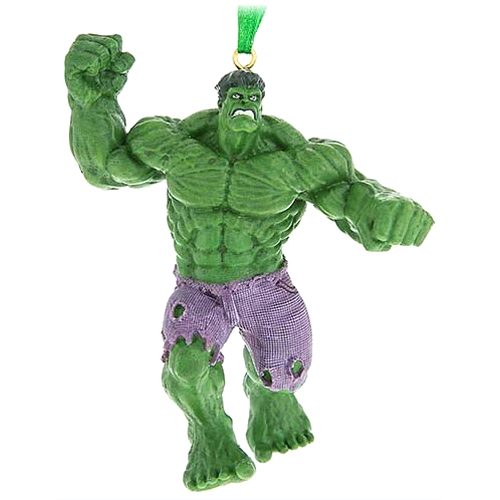 If you know someone who is mad for the Hulk, you can find a fun and special gift for them at Your WDW Store. Our inventory includes merchandise unique to the Disney Parks, as well as Islands of Adventure, home of the all-time classic Incredible Hulk roller coaster. You can find a variety of specialty items for all your favorite heroes through us.