The Little Mermaid: Past and Future 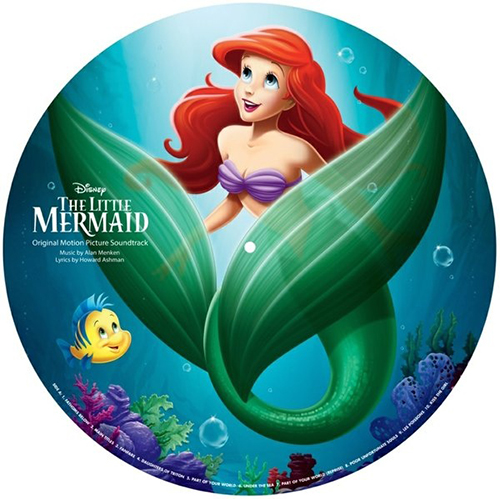 In only three decades — almost immediately, really — Disney’s The Little Mermaid has already proven itself a timeless classic. Many elements of the Disney adaptation have entrenched themselves into cultural memory. We all grow up knowing the wondrous songs, characters like Sebastian and Ursula, and Jodi Benson’s beautiful vocals as Ariel.

However, there is far more to the story of the Little Mermaid than those lovely 83 minutes. The tale has a long history before 1989, and that history has only continued since then.

More than a few Disney films originate from the fairy tales of Hans Christian Andersen, and The Little Mermaid is one of them. His version sounds familiar enough at first: a teenage mermaid falls in love with a prince and saves him from drowning. In exchange for her melodious voice, a sea witch transforms her fins into legs — which she can keep if she wins him over. The similarities end there.

Another condition of the transformation is that with every step, her feet sting with the pain of a knife stab. Unfortunately for her, the prince loves it when she dances, and she is eager to please. Worse, all her sacrifice is for nothing: he mistakes another princess for the person who saved him, and he marries her instead. The girl has a tough choice: die and melt into sea foam, or kill the prince, splash his blood on her legs, and become a mermaid again. She is too nice to do the deed — which redeems her and gives her the opportunity to earn a soul and enter Heaven.

Walt Disney Studios had been planning to adapt “The Little Mermaid” since Walt Disney still ran the studio. After plans stalled in the 1930s, their “Golden Age,” they only tried again half a century later, at a darker time for the studio. After decades of cost-cutting and diminishing returns, the studio funneled all their resources into the project. They treated it more seriously than they had treated an animated film in a long time. They believed they could turn their fortunes around if it proved to be a financial hit and a new classic.

By all accounts, they achieved more than that: the film kicked off a full-blown renaissance for their animated films. The film’s creative minds achieved this in part by returning to tradition. For one, they brought back Broadway-style musical numbers from Alan Menken and Howard Ashman, who would prove to be songwriting MVPs throughout the Disney Renaissance. For another, they tackled a princess-centric fairy tale for the first time since the 1960’s Sleeping Beauty. The next decade would see four additions to the new franchise.

More importantly, however, they modernized their approach to this sort of story. Ariel is more proactive than any previous princess. When she sees Eric, she is the one who works to make that romance happen (Prince Eric’s difficulty with commitment is a low-key running gag). Ursula may mislead Ariel about her intentions, but Ariel is still the one who decides to trade her voice for life on land. When Eric is mind-controlled into getting engaged with a disguised Ursula, she puts together the plan to rescue him.

Most interesting of all is that her primary motivation is not love, but a yearning to live her own life (though love inevitably comes in). In the incredible “Part of Your World,” she sings, “What is a fire and why does it — what’s the word? — burn?” That fire in the mermaid’s heart pushes her forward and captivates audiences even today.

The Little Mermaid also marked the start of a new franchise for Disney. Three years after the film, Walt Disney Television Animation produced 31 episodes of an animated series featuring most of the original cast. A straight-to-DVD sequel about Ariel and Eric’s daughter came out in 2000, and a prequel film followed in 2008. All are currently available on Disney+, as well as a recent, partly live-action musical event called The Little Mermaid Live!

On that note, a live-action remake of The Little Mermaid has been in the works for a few years. Halle Bailey, known for singing with her sister as Chloe x Halle, will wield her lovely voice in the starring role. Daveed Diggs of Hamilton fame, Oscar-winning child actor Jacob Tremblay, and scene-stealing actor/rapper Awkwafina will respectively portray Sebastian, Flounder, and Scuttle. Dramatic heavyweight Javier Bardem is slated to appear as King Triton, while the comedian Melissa McCarthy is the film’s Ursula. Production begins next year, and fans are already excited for the next chapter in the history of The Little Mermaid.

If you love The Little Mermaid, you can make Ariel and friends an even bigger part of your world with merchandise from Your WDW Store. Our inventory is a massive collection of gizmos, gadgets, whozits, whatzits, and thingamabobs — some of which cannot be found anywhere outside of the Disney Parks. Dive into our store today!